Try Not To Ruin The Longest Day Of The Year

Published On: June 20, 2019By Jodi WellmanCategories: Everything Else

June 21st is the longest day of the year, which means we can either savor or squander the extra two seconds of daylight bestowed upon us by the people who made up astronomy. (And I am being exact here: Chicago, for example, will enjoy 15:13:40 of daylight compared to the depressing day before with a measly 15:13:38 of time between sunrise and sunset. How did we manage?) Fair warning: I’m here to hard sell you on savoring the bonus time.

If the idea of a couple of extra sunny seconds doesn’t motivate you to carpe diem, bear with me as I meander my way to a point. It might make it easier to appreciate the summer solstice, considering the six hour + six minute difference in daylight between the shortest and longest day of the year. December 21st: BACK. OFF.

If we subscribe to the belief that “How we spend our days is, of course, how we spend our lives,” (Annie Dillard)—an idea I’m working hard to convince you of—that our lives are essentially a collection of hours + minutes and what we do or don’t do with them, then the seconds that make up those minutes count, too.

What is a “good week” if not a reflection back on the myriad good times we had that were both weighty and fleeting?

The big presentation that you aced at work mattered in a great way, but that was a mere 45-minute block of your 168-hour week. The minute you stopped to gawk at the dog park on your way into work, the thank you email you wrote to the new guy for helping you with that godforsaken pivot table, the moment you let that woman go first in line at the pharmacy, the kiss you gave your partner in the kitchen just because, the extra minute you took before going to bed to map out the best way to organize your time for tomorrow… you get the idea. It’s the assemblage of our moments that make our lives ones we like living vs. ones we’re just not that happy with.

So, am I suggesting we spend our extra two seconds on June 21st looking at German Shorthaired Pointers? (Not a totally bad idea. I’m hoping to find that elusive Greyhound I sometimes see around the neighborhood.) I’m thinking a bit broader, I guess. The summer solstice provides us a fantastic excuse to be intentional about how we spend our time, an excuse to celebrate that we have So. Many. Ways. to do things that make us feel alive, and to rumple up the routine in a world where we’ve gotten so good at doing the same thing day after day and week after week in a pseudo-satisfied trance.

Pseudo-satisfied trance? What trance? You know about the trance. I know about the trance well, my friend. We all know about the trance. We’re befuddled automatons who wonder, “Where did the month of June go?” because we’ve slipped into the warm embrace of a routine that felt comforting at first– a routine that let us control the chaos with a schedule that got us up each morning at the same time, eating the same cereal, taking the same route to work, waving good morning to Sandi at work, attending the Wednesday status update meeting, picking up the dry cleaning, deciding between the nine options dinner has been whittled down to, and spending the last few hours of the day with some variation of a theme involving kid’s soccer practice, emails, Netflix, and laundry. The routine that initially felt like a bear hug started to smother us, and then at some point, it snuffed the life right out of us– dulling our senses and robbing us of the joys of novelty. We’ve been in the slowest-motion-ever bear attack that we didn’t see coming.

But let’s not despair. Let’s lean into all the cheesy symbolism that the longest day of the year provides– to spark something inside of us and wake us up again. Maybe it’s trying something different, like going to that new Ethiopian restaurant… or embracing spontaneity and walking in a new part of 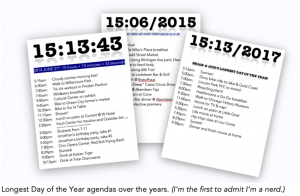 town to see what it would be like to live there… or calling up an old friend to reminisce… or finally booking that trip to Patagonia… or being alone if you haven’t been on a date with yourself in a while. The Husband and I take the longest day off most years to be goofy and participate in an action-packed day from sunrise to sunset… which is a pain in the ass to get up for a 5:15 am sunrise (like the picture on the top of this post from 2010 at the edge of Lake Michigan in Chicago), but it has never not been worth it. Some of our very best memories are from those days  things up and experience something different than the usual. Only you know what it might take to make you feel less like a zombie and more like a person living a life you’d like to call your own, so you get to do that—maybe starting this June 21st—and hopefully for many a day beyond. Let those two extra minutes of daylight break the trance.(like doing a 7 a.m. tai chi class in Millennium Park with a man who was in no way sober because we made the choice to shake 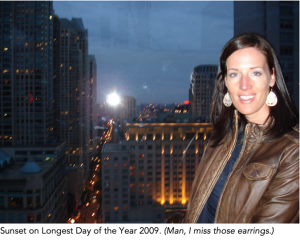 “Man is the only animal who has to be encouraged to live.” – Friedrich Nietzsche

“The average man does not know what to do with his life, yet wants another one which will last forever.”  – Anatole France 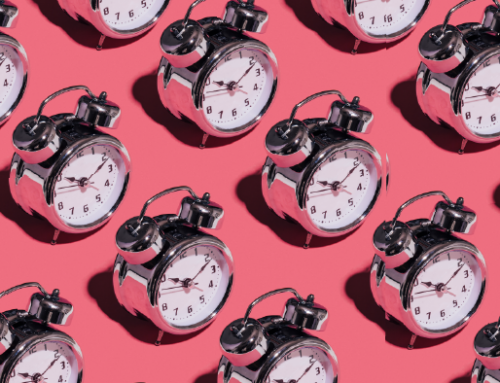 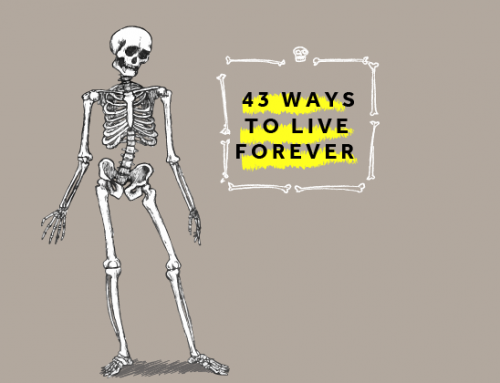 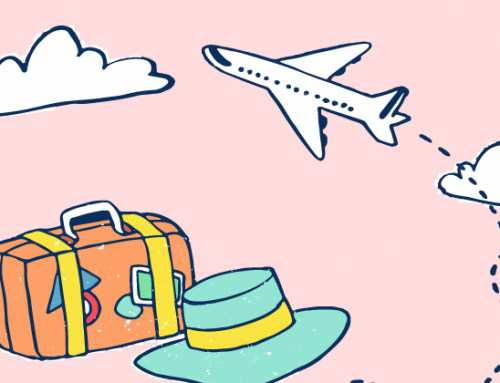