I’m working with a client right now who’s convinced he’s having a mid-life crisis, and it’s not sitting well with him, at all. He’s 24. In addition to clarifying that this particular stage of WTF is actually called a quarter-life crisis (they exist!), I’m trying to help him see that it’s perfectly okay to feel lost and confused about everything having to do with his career. (I’m also trying to help him see that it’s not okay to wake up in a cold sweat on a Monday morning and buy a Corvette on his lunch break, but maybe that’s just me being a bad coach because I’m not a Corvette fan?) 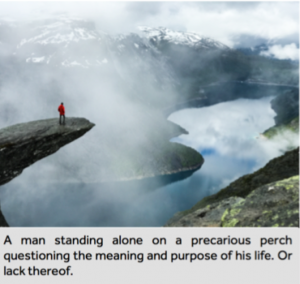 I’m also working with a hilarious woman who’s 56 and insists that her mid-life crisis (women get them too!), chock-full of a simultaneous loss of identity and self-confidence, was more harrowing than menopause. So much fun.

Mid-life crises are marked by the stupid decisions we make after mismanaging issues in our lives. For the sake of this conversation, we’ll skip over the personal issues like relationships (a.k.a. extramarital affairs in or outside of the office) and body image (a.k.a. toupees) and focus on the career crisis.

Whether it’s a quarter-, mid-, or late-life crisis you might be having, or a crisis of the existential sort that forces you to ask such frothy questions as, “Does my life have any meaning, purpose or value at all?” It’s absolutely okay. It’s better than okay because it’s an invitation to make things better.

We’re well trained to ignore that voice that tells us we’re not loving (or even liking) what we’re doing for a living because it’s somehow become okay to not like work, to tolerate and settle and endure jobs made up of dull and tedious days that are too far from fulfilling.

A crisis is an alarm bell that we are forced to deal with after ignoring the warning signs for too long. Why not prevent the mid-life crisis and deal with the voice that says, “I’m not sure if this is what I really want to be doing,” early on? It’s okay to stir things up a bit and make a change, yet you want to be in a position to do it responsibly (so, it’s not about a grand gesture to reclaim one’s youth and joie de vivre).
Being responsible about change means making a decision to look for a new job when you’ve done a great job at your last jobs (even if they were horrifyingly horrible), and ideally when you’re in a halfway-decent financial position to do so, for example. Having a great track record in your career and not being desperate for cash makes change infinitely easier. 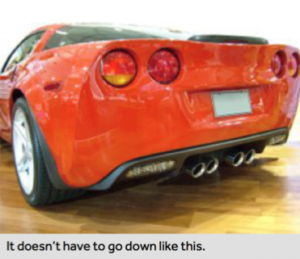 Being responsible about career change also means using other people, like a coach or a trusted friend, to help you see the path in front of you that’s the right one for you, not a reaction to your frustrations about your age or wrinkles or lack of impact in the universe.

You don’t need to buy a Corvette to feel alive again. Just listen to your gut and make your career plan before that voice in your head turns into a full-blown crisis.

Need help figuring out the next step?

We'll help you navigate your personal and professional life.

What’s the Deal with Informational Interviews?

Here at Happy Spectacular, we are really big fans of the informational interview. We believe that no one has a successful career alone, and the more people you connect with in your career, the better. As often as possible, we do our best to act as the facilitators for informational interviews for our clients, acting … Continued